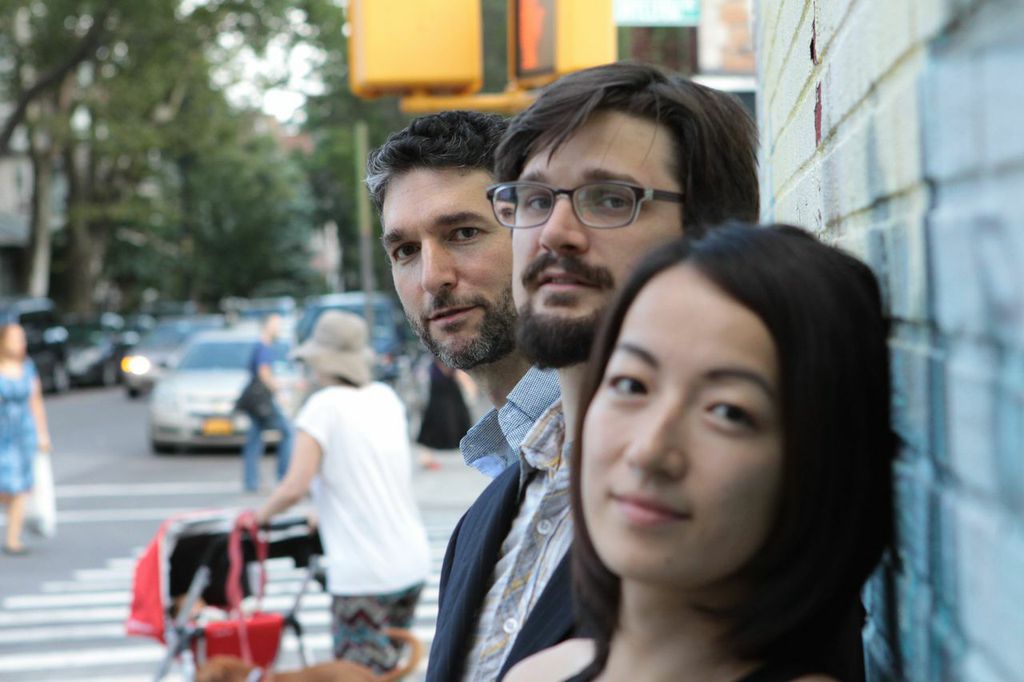 Justin Wert, hailing from Seattle, Washington, Yuka Tadano, from Tokyo, Japan and Michael Vitali from Zurich, Switzerland - this chance amalgamation of three musicians is typical for the potent breeding ground that is New York City.

The three had met in numerous, often random musical situations - at Haitian gigs, playing acoustic Mexican music and of course, jam sessions - but it wasn’t until Michael brought the trio together in early 2011 for a weekly residency at a low-key upper west side joint that he recognized their rare chemistry.  Playing an oddly shaped room in an acoustic setting served them in developing a dynamic interplay.

While each member is a tasteful improviser, together they found a unique balance through their use of space. Their interaction is conversational and supportive, always fresh and spiced with elements of surprise and occasionally even humor. A true sense of trust has grown between them continuing to empower  their risk-taking creativity.

Over the years the MVT has adopted a long list of standards, often favoring the tunes less traveled and always in search of new and fresh approaches - using unexpected tempi or odd meters.
Their recent release En Route is a collaborative effort, featuring a mix of inspired originals and standards, as well as an intimate rendition of Scatterbrain by Radio Head.